Music in a jugular vein 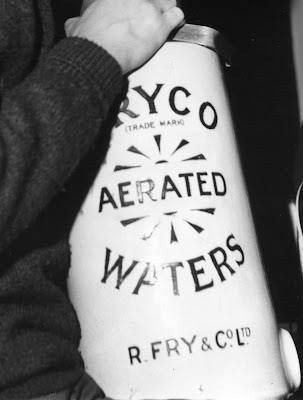 I’ve frequently spoken of The Jugular Vein (see Mutt and Jeff) in these pages so I thought I’d try and set down some details about the origins and early days of the band. Inevitably the story is told from my perspective but all ‘corrections and clarifications’ (to borrow a phrase from The Guardian) from any of the former band members are more than welcome, nay, requested even. I suspect that this is going to run to quite a few postings so this then is Part One:-
So the boys got together and formed a band…
(‘The Bride Stripped Bare By ‘Bachelors’’ – V. Stanshall / N. Innes )

I first met Barry (Muff) Murfet when I was two years old. We lived within a few doors of one another in the same street and our respective mothers often stopped to chat. In fact, we had almost certainly met before this but this was the first occasion that I am actually aware of. My memory tells me that I was in my push chair and he - being one year older – was on foot. The only other detail I can remember was that I ended up crying fairly noisily (although I have no idea why) and that a rather astonished Barry tugged urgently at his mother’s hand to drag her away from this disturbance. On such odd beginnings are friendships built.

As we grew up we were constant companions and would walk for miles together from the age of about six onwards, exploring the local parks, commons and graveyards, as well as taking frequent jaunts along the banks of the Grand Union Canal – children did indeed have much more freedom then. By the time we were ten or eleven we were beginning to take more than a passing interest in music, and by the time we were in our teens this had become something of an obsession with both of us as I have recorded elsewhere in these writings (see Woke up this morning… and other postings). We began earning money, buying records and dabbling with musical instruments.

By the time I was nineteen I was married and had one child and another on the way. It wasn’t the wisest of steps into adulthood but it did mean that I was the first amongst my friends to have his own accommodation. Saturday night gatherings at my flat soon became a regular feature of life and Muff was a regular visitor. These sessions revolved, inevitably, around music and alcohol, so any new acquaintances that could play were quickly welcomed into our midst. One such acquaintance was Richard (Rich) Bartram, a customer at the record shop that I worked in that I had become friendly with (see Indian summer).

Richard was (and is) a far better guitarist than me. He could play a very convincing country blues and was also beginning to experiment with ragtime guitar. His presence enlivened the Saturday night proceedings more than some what and he, too, soon became friendly with Muff. Muff was at this time still living with his family, who had recently bought a house not far from Slough. Exploring the outbuildings of his new home, Muff had found an old two gallon stoneware jar bearing the inscription ‘Fryco Aerated Waters’. As we were familiar with the concept of the ’jug band’ it followed that the natural thing for him to do was to blow into the jar to see if it made a noise. Within a remarkably short space of time he had mastered the rudiments (if you’ll pardon the pun) of blowing what can only be described as ‘pitched raspberries’ into the vessel, to produce a very satisfying tuba-like bass sound. It was but a short while before Rich and Muff were getting together and playing guitar and jug duets.

Sometime early in 1966, Maggie - a friend of my first wife, who used to baby sit for us – met a chap called Max Emmons at a wedding that she had attended. Max had asked her out and she had agreed to a first date but with the proviso that it consisted of a visit to the zoo with my two year old daughter in tow. He – being made of stern stuff – agreed, and duly arrived at my flat at the end of that day when Maggie returned my daughter to us. We took to Max immediately and within a short space of time he had (a) had a cup of tea, (b) had his lap peed on by my one year old son, (c) disclosed that he ‘played a bit’ (guitar and cornet) and loved jazz and blues and (d) had been invited to join us the following Saturday night for a bit of a session.

The following Saturday Max duly arrived, having previously arranged to stay the night as his home was in Clapham and my flat was very much the wrong side of Shepherd’s Bush. He was carrying his guitar case and a holdall containing some clean clothing, his toiletries, a somewhat battered cornet, a harmonica harness and some harmonicas, a small home-made mute and a kazoo. I got out my guitar and some harmonicas. Soon, Richard arrived with his guitar, followed shortly by Muff who was toting a large and heavy-looking ex-army khaki kit bag which he soon opened to reveal the Fryco Aerated Waters jar.

Within a short space of time a Watney’s ‘Party Seven’ had been opened, beer had been dispensed and the music started. Muff and Rich did something and I joined in, then Max did something on his own, then Max and Rich did something together, then Muff and I joined in with Max and Rich. I can’t remember what we played but we thought it sounded pretty good and immediately started sifting through our respective repertoires for mutually acceptable material. By the end of that evening, another couple of ‘party sevens’ and a dozen or so songs we knew we were on to something. We little knew that it was the birth of a band that would, with various line-ups continue to perform right in to the early nineties or that for a few years we would tour successfully all over England and share the bill with some of the hottest names around.
Posted by Voltarol at 14:52

Voltarol
South West, United Kingdom
Voltarol has reverted to his own picture to avoid confusion. I am currently mainly concerned with promoting the tour of Silvia Nicolatto, Pete Kubryk Townsend, Neil Davey and myself. We are a group of musicians from Brazil, England and Cornwall who have come together to create a unique project, mixing influences from our respective cultures. Motto: Music knows no boundaries. If you are still in 'Adventures in the Din Trade',please follow the Silvia Nicolatto link below. As you can see, I have added the SoundCloud player to the blog, so tracks that appear on the 'Silvia Nicolatto and the Anglo - Cornish project blog now appear here as well. You can find the background to these tracks by visiting that blog.

Some of my best friends are bloggers...(and some of them have web sites)